The second "Newton Cup" global community creativity competition has ended. The results are as follows:

Newton 1.0 has completed the construction of a complete infrastructure, and has presented various applications in the ecology. Newton is currently optimizing its infrastructure and will soon launch Newton 2.0. To welcome the arrival of Newton 2.0, Newton will launch the second "Newton Cup" Global Community Creativity Competition, and community friends are ...

With his numerous achievements in mechanics, math, optics, thermodynamics, astronomy, and philosophy, Isaac Newton has been called a polymath. In person, he had the aura of a boss, bringing people to their knees.

But don’t be fooled, Newton was also a 17th century “troll.”

On December 11, 2018, Newton will hold its first community node conference at the MGM Cotai, Macao. Just as everything in the universe attracts each other, our common philosophy eventually attracts us all to one space. Using different languages, we will speak about common expectations.

During the conference, we will release ... 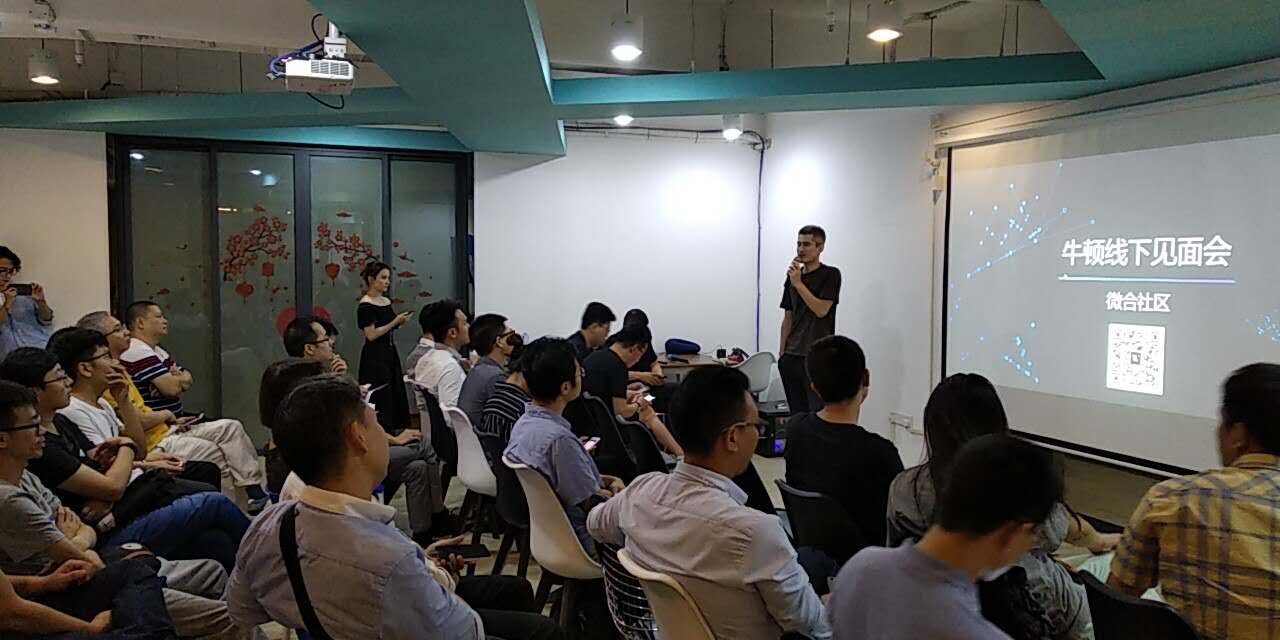 Mr. Li Shubin expounded the value of the Newton community economy focus on the blockchain ...

The “Newton Global 100 Cities Tour - Shenzhen station" meetup will take place on August 18th, 2018 at the Floor 7, 5B, Shenzhen Software Industrial Base,Nanshan District,Shenzhen. This event is organized by the WEMERGE and Liandong Media，World Blockchain Foundation.

Newton founder Mr. Jizhe Xu will attend this salon and ...

On the afternoon of June 23, 2018, Newton community member “the Moon Cloud Team” successfully initiated and organized Beijing Newton offline Meet-up (the second phase) with the help of the other co-organizers including the Elliptical Community, Yiniu Community, New Chain Finance, Creative Young Community, Aibi Finance, and Bitansuo. Community members come from all over the country arrived at the scene to participate in this salon.

The “Newton Meet-up Shijiazhuang station” will take place on June 16th, 2018 at the YueTai Hotel, Shijiazhuang, capital city of Hebei Province. This event is organized by the Newton Hebei Community.

The Newton Hebei community is one of Newton’s earliest communities founded by the media Bit Headlines. Its purpose is ...

Newton Meet-up (Beijing), Re-defining the Business Order of the New Economy Era, sincerely invites you to join us

Newton community member, the Moon cloud team, has initiated “Newton offline Meet-up (Beijing), Re-defining the Business Order of the New Economy Era”. This salon is the first offline meet-up after the launch of Newton project, and will be held in Chaoke coffee, Chaoyang District, Beijing, at 14:00-18:00, May 19th.