Community Voice | Which Public Chain is the Strongest? An Evaluation of the Newton Project

7. Summary (“Infrastructure for the Community Economy: An Analysis of the Newton Project”)

White paper: Human-machine communities have established a new economic model, i.e. the community economy, through smart collaboration and chain-commerce. Newton is the infrastructure of the community economy, and its technical framework includes the application layer, protocol layer, and foundational technology layer. Newton provides complete governance, collaboration, incentives and other support for establishing a community economy. Newton’s human-machine nodes are self-driven and automatically motivated, thereby forming a business model where everybody contributes and everyone benefits.

The community economy, as defined by Newton, has several layers of meaning as human-machine community + smart collaboration + chain-commerce (see below for explanations of these concepts). Newton creates the infrastructure for the community economy, which in simple terms means that it is positioned as a commercial protocol for the community economy. We know that the token economy, derived from blockchain technology, is different from the corporate labor employment system and production model following the industrial revolution. Under the old model, employers were placed on a different level from their employees, and companies’ profits were only allocated to themselves and their shareholders. The hard-working employees earned only meager wages. This system was inefficient. Employees often wondered why they worked so hard for the benefit of their employers, and could not give 100% of their creativity.

The decentralization of the blockchain creates trust mechanisms in natural P2P networks, and tokens allow everyone to receive the benefits of production, forming a circular economy. Take Bihu as an example: With Zhihu, writers didn’t receive a cent from Zhihu for the articles they wrote, let alone from the masses of lurking readers. But now that Bihu has launched, both readers and writers can participate in the economy. There are rewards, dividends, and money for both reading and writing articles. Does that not motivate you? Each participant tries their best for the benefit of the entire economy while maximizing their own rewards, aligning interests for the benefit of the community.

Almost 99% of realistic scenarios in production relations can be improved using blockchain token economics. Unlike other projects, which aim to improve efficiency, Newton instead targets incentive mechanisms. Newton provides solutions, and aims to boost enthusiasm so that everyone participates in production, construction, and benefit allocation – yes, protocols, including both technical and community support, which are necessary for many industries. Newton is not a platform, but rather a non-profit organization. E-commerce is its first application, but not the only one. Many analyses equate Newton to blockchain + E-commerce, but that’s incorrect. Based on the 2018 market size of 2,261.9 billion RMB, Newton only needs 1% of the market to reach a market share in the tens of billions, so ample space exists for development.

White paper: Usually, organizations are self-interested. For example, a commercial company generally consists of internal roles such as shareholders, employees, etc., and the company’s external roles such as users, customers and partners are separated from these, causing inefficient coordination. On top of that, both internal and the external roles are equally important in contributing to the company’s development, but external roles cannot effectively participate in formulating the company’s business rules, nor enjoy the wealth brought by the company's value growth. Since the third industrial revolution, as science and technology have developed, machines have gradually replaced many functions of our hands and feet, and even some functions of our brains, and our quality of life has greatly improved. However, generally speaking, the use of computers and the human-machine relationship are still in the early stages.

Newton’s solution to this problem through human-machine communities:

White paper: The use of computers, the Internet and other technologies has greatly improved human collaboration. However, due to the lack of a good credit verification mechanism, current collaborative processes require a large quantity of manual confirmations to establish a credit system, so the overall collaboration can be considered semi-automatic.

White paper: Incentives are the foundation for integration of talent and resources. Under traditional companies’ organizational structures, capital gains have far exceeded labor income. A new generation of giants that developed with computers and the Internet are accelerating the accumulation of capital gains. This business model, in which most people contribute to the benefit of few, often creates monopolies and hinders continuous innovation.

Newton’s application in E-commerce can be understood as resolving the monopoly caused by centralized platforms, and the economic allocation problem between users, platforms, and sellers. Using blockchain logic to create trust, smart contracts to increase efficiency, and tokens to improve incentives. For example, when we buy things online, the platform often shows that the seller has sent the item, and that it has been received by the logistics provider. These are key nodes; problems may

appear, and responsibility is unclear, requiring decentralized confirmation – a human-machine trust infrastructure (community). In addition, many sellers resent the centralized layered exploitation of E-commerce platforms, and neither do users benefit from the growth of the sector during the “buy buy buy” process. From this perspective, Newton’s team, with its rich background and resources in the sector, appears to have a competitive advantage.

Digital identity and credit: The blockchain asymmetric encryption algorithm is a natural user authentication system, used to construct a decentralized digital identity system. NewID is the only permanent digital identity in the system namespace. With NewPay, users can conveniently manage digital assets such as tokens, data, and credit, while maintaining access control, including authorizing third parties to access one’s own digital assets for benefits, etc. Due to the tamper-resistant characteristic of the blockchain, the credit system can be developed and formed naturally.

Supply chain:  Commodities usually go through many intermediaries including logistics, warehousing, customs, and distribution to be finally delivered to the end user. When there is after-sales service, the corresponding links work in reverse. Current supply chains are almost always opaque. It is difficult for buyers to confirm the product origin and current status, etc., which is a major problem for sectors like food, medicine, and luxury goods. Therefore, a transparent supply chain system trusted by all stakeholders holds great significance.

Digital marketing: The current digital marking system is inefficient. Users passively accept a large number of ads, while desired information is difficult to find, and there are usually no incentives. For advertisers, it is difficult to achieve accurate delivery, as the payment model based on views, clicks, and interaction only indirectly promotes their main business, and ultimately results in large, opaque, and unproductive expenditure.

Reliable Logistics Channels:  In the digital world, there are mature technologies to establish safe data transmission channels, but no similar well-developed technology exists in the real world. In the logistics industry, events like loss of goods, theft, and information leakage occur frequently. There is an urgent need for reliable transportation methods, particularly when transporting valuable and private goods. A reliable logistics channel protocol can be built on the basis of NewIoT and NewChain, and relevant equipment manufacturing specifications developed so that any third party can produce compliant equipment.

The top layer is the application layer, with various wallet, commerce, insurance, and lending DApps. The middle layer is the hyper exchange protocol, with seven modules. Based on this protocol, applications can be easily developed. Under this protocol, there are five basic infrastructure components: NewChain, NewNet, Atom Hashing, NewIoT, and NewAI.

It is worth noting that the progress of the project is not mentioned in the white paper, but the website shows that the white paper items have been completed, and Newton is now going through the legal compliance process and developing a KYC system. The third round of token exchange is currently underway (used for early Foundation operations). In December, NewMall will be released.

NewVM is compatible with the WebAssembly standard, allowing the development of smart contracts using mainstream programming languages such as C/C++, Java, Python, and TypeScript. The system provides a number of built-in smart contract templates to help simplify the development process. NewChain uses the Ring-LWE anti-quantum encryption algorithm to ensure the security of assets on the chain. 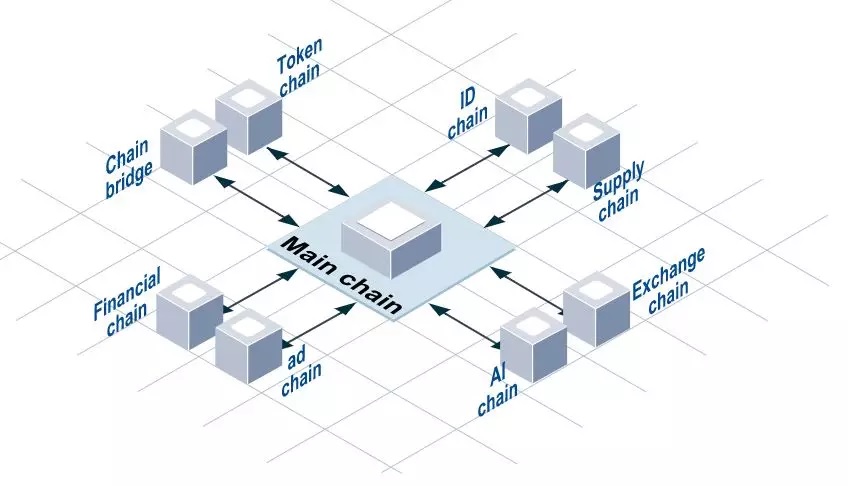 NewNet: NewNet, composed of a large number of nodes, is an open network which provides secure and reliable storage services, with complete support for SQL databases and many common languages. Most services will be directly hosted on NewNet. Developers will be able to publish computing tasks, while nodes will select corresponding tasks based on their computing power, complete the tasks and get corresponding rewards through NewNet’s incentive system. Decentralized name services will be implemented through blockchain technology to increase the ease of use of NewNet. 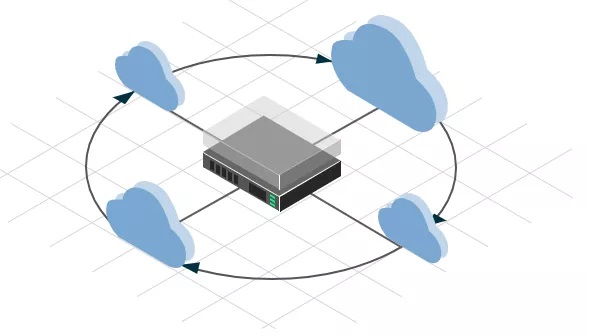 Atom hashing: Atom hashing uses techniques such as carbon dating, PCA, machine vision, and deep learning to quickly extract multiple characteristics of non-digital assets, including weight, volume, size, shape, texture, optical, radioactive, and thermodynamic properties, and a variety of custom random features. Based on the data concerning these characteristics and algorithms, unique identification and authentic rights for the non-digital asset can be created. The whole process is replicable, verifiable and fault-tolerant. 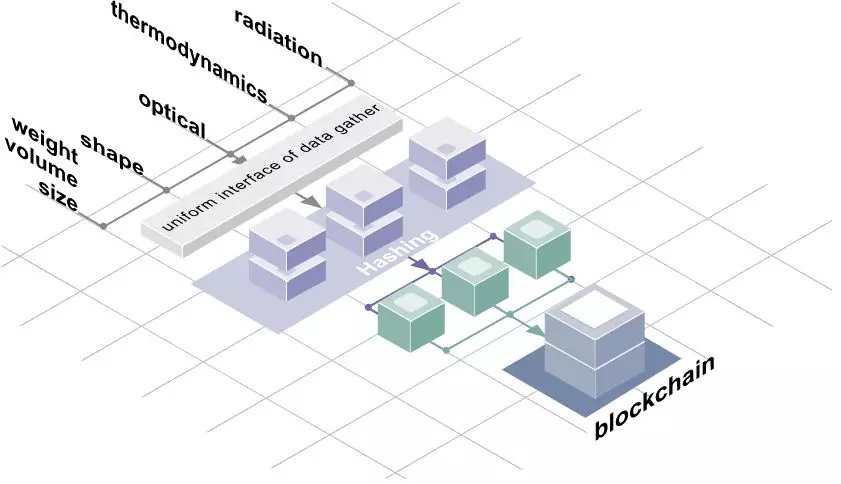 NewIoT: NewIoT is a general term for a series of technologies including blockchain gateways, communication protocols between IoT devices and gateways, design specifications, and so on. The gateways have powerful computing and storage capabilities and built-in blockchain nodes, supporting multiple Internet access methods including Ethernet/fiber, 3G/4G/5G, NB-IoT, and IoT communication protocols such as BLE, Wi-Fi, and ZigBee. These IoT devices will store their collected information on NewChain through the gateways.

Based on these ratios, the founding team + foundation + token exchanges (for early and later operations) get 40%. Later, two thirds of the foundation’s portion (15% of the total) will be released, risking a certain impact on the secondary market. The community release is spread over 50 years, a very long period, with no current specific release plan. In this regard, Newton founder Xu Jizhe stated in an interview with Mars Finance that token release must ensure scarcity in the early stages. Over half the tokens must be released through some mechanism over the long term. Of course, evaluating the token model also requires looking at Newton’s specific subsequent release plan.

Meanwhile, Newton is a non-profit organization. Its operating funds come from the Foundation’s tokens. Only when they appreciate in value can operations continue. The ability to achieve this ideal also requires a strong market management team and the design of more use cases.

Founding team: In 2005 Newton founder Xu Jizhe started the Zeuux community. Co-founder Li Shubin also has deep experience in E-commerce, and Xia Wu was also a co-founder of Zeuux with Xu. Therefore, based on this research, the four affiliated companies under Xu are all in mobile internet and technical services. Our impression of this team is that they emphasize technology and E-commerce industry resources, know each other well, and are highly integrated.

Investor team: All from an E-commerce background, such as LightInTheBox. Meilishuo, etc. They should be able to bring in high-quality industry resources.

The Newton project has a rich technical background and industry resources, and the E-commerce industry has reached a turning point. Merchants everywhere complain about the costs of centralized platforms, and users have transfered to the new platforms like Pinduoduo. This key problem is where Newton shines. If Newton is able to truly resolve the problems of the E-commerce sector – its specialty – serving the first batch of merchants well and building up a user base, it should have decent growth prospects.

Conclusion: “Newton was a great scientist. In the first half of his life, he invented calculus and discovered the law of gravitation and classical mechanics. He was also a financier, and served as Warden of the British Royal Mint. During his tenure, he invented anti-counterfeiting technology and the gold standard, which would influence finance for hundreds of years to come.”

Newton envisions a future in which consumers can buy anything from NewMall using various incentive mechanisms, earning money each time they buy. Through Newton, merchants’ sale costs are as low as 8%, and they receive free traffic.